Salt of The Earth 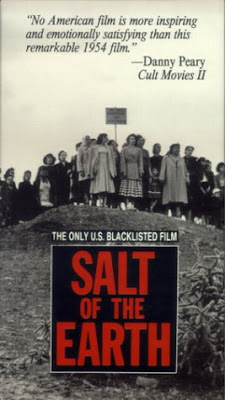 In 1956, during the hysteria and "Americanism" of the Cold War and McCarthyism, blacklisted filmmakers united to create the impressively controversial labor film Salt of the Earth, despite severe pressure from McCarthy and the U.S. government.

Salt of the Earth depicts an emotionally moving portrait of human tenacity and courage that was echoed in real life by the struggles of its creators. The movie is based on a 1950 strike by zinc miners in Silver City, New Mexico. Amidst an environment of social injustice, a family drama is played out by the characters of Ramon and Esperanza Quintero, a Mexican American miner and his wife.

In the evolution of the strike, Ramon and Esperanza go through a severe role reversal: an injunction against the male strikers forces the women to take over the picket line, leaving the men to handle the domestic duties. The female characters evolve from men's inferiors into their allies and equals.

The movie received the Karlovy Vary and The Grand Prix de Acadamie du Cinema de Paris. The film was chosen by The Library of Congress as one of 100 American films to be preserved for posterity.
Shown below in 10 Parts 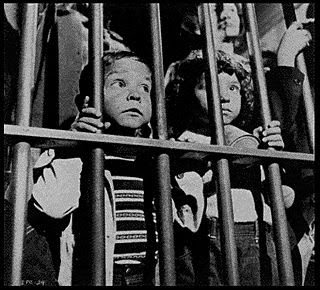 Thanks for posting the links to this movie. It is a picture of not only the struggles of Amerigo-Latinos,but of the struggle of the class of all in the USA. It also is a portrait of the roles men and women try to enforce on themselves through influences of Church and embedded culture.
It just deals with the truth and leaves the judgment to the viewer.